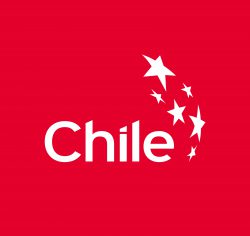 “ProChile is the Chilean government’s export promotion agency that connects Chilean exporters with international demand through its 56 offices around the world and its 16 offices in Chile – one in each region.

Chile is a country that has unique characteristics. The Atacama Desert in the north, the Andes mountain range in the east, the Pacific Ocean in the west and the ice in the south, along with a cold ocean current, which results in a great diversity of climates. These geographical, climatic and human characteristics have granted a unique character and incomparable conditions appreciated in the whole world. Therefore, Chile is a country rich in the energies of the future. The most powerful solar radiation on the planet is found in Chile’s North. Winds in the far South end of the country blow with the same power on land as off-shore. The renewable energy potential amounts to 70 times the current installed capacity of the country.

The increasing investment in these energies, as well as in energy storage and transmission infrastructure, is a clear indicator of a decisive transition to a more sustainable power system, that will allow Chile to produce the cheapest green hydrogen on the planet.”