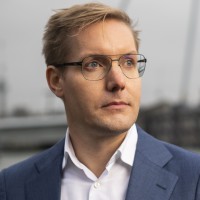 As Vice Mayor for Sustainability, Clean Air and Energy Transition of the City of Rotterdam, Arno Bonte is committed to a sustainable and energy-efficient city. He is working towards an economy that runs on clean energy. Hydrogen is one of the building blocks of Rotterdam’s sustainable strategy. “We want to make the port of Rotterdam the centre for the production, the distribution and also the usage of hydrogen. The hydrogen hub is the key in our energy transition. We need green hydrogen to replace fossil fuels in our industry, in our ships and in our trucks”.

With the energy transition, Rotterdam ‘s ambitions are high. Nationally, CO2 emissions need to be reduced by 55% by 2030, and in 2050 Rotterdam needs to be climate neutral. To reach this, far-reaching and radical measures are needed, as Rotterdam is still largely dependent on fossil fuels.

Arno Bonte (1978) has been a councilor in Rotterdam on behalf of the political party called GroenLinks since 5 July 2018.

Within the Municipal Executive Committee he is primarily responsible for realizing the energy transition. The plan is to turn CO2 emissions from a steady increase into a significant decrease. Bonte started his political career in 2005 as a councilor for a political party called GroenLinks in Rotterdam’s City Council. In 2010 he became the party leader for his party and was chairman of the group for four years.