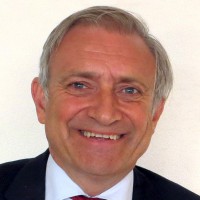 Bert den Ouden (1957) is Project Director of the “HyXchange” Hydrogen Exchange initiative, supported by Dutch gas operator Gasunie and four Dutch port authorities, and involvement of over 45 market parties. Such a hydrogen exchange would be developed in stages and grow incrementally along with the formation of a market for climate-neutral hydrogen from a diversity of sources. The current HyXchange development program contains a Hydrogen certificate pilot, a Hydrogen spot market simulation and other activities for hydrogen pricing en international trading.

From 1999 until 2013, Bert den Ouden was founder and CEO of APX-ENDEX, the exchange for electricity and gas in the Netherlands, Belgium and UK. In cooperation with other energy exchanges in Europa, he invented and realized the “market coupling” to integrate the EU electricity markets, the Target Model for European electricity.
In the Europan gas market, he grew the liquidity on the Dutch TTF gas market, contributing to the growth of that TTF market as the most liquid in Europe. He built a trading systen for non-dicriminatory TPA to gas storage. He was also active as operator of the Belgian and UK (NBP) gas markets.
Since 2013, Bert den Ouden has been also front man for energy at Berenschot consultancy. He has created the energy expert team, advising in sustainable and market-based solutions for the Energy Transition. Projects encompass a wide range of subjects including market flexibility and demand response, the reduction of gas demand in the built environment, electricity market analysis, industrial electrification and several projects in Hydrogen. Lately he has been leading the creation of climate-neutral energy scenarios 2050 for the Netherlands.