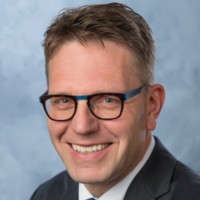 In recent years he has held various positions and gained broad (international) experience in the industrial port setting – at Aluminium Delfzijl and ESD-SIC – and in political-social interest groups. In recent years, for example, he has worked at various interest groups, including the Association of the Dutch Chemical Industry (VNCI), the Eemsmond Business Alliance (SBE) and VNO-NCW Noord.

In 2013 he was singled out as Plant Manager of the Year. This resulted in Cas König being a figurehead for the process industry at national level for a year. As of 2018 Cas König is chairman of the Northern Industry Table, focusing on climate change and CO2 reduction following the Paris Climate Act.