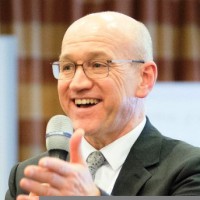 Christian Weinberger joined the European Commission in 1999 to work on technical harmonisation in the Common Market, using the New Approach with CE-marking and harmonized EN Standards. In 2003 he was appointed Head of Unit dealing with Entrepreneurship policy, identifying and disseminating good practices and preparing Commission Communications on SME topics. In 2008 he was named Entrepreneurship and SME Policy Advisor. During 2016 and 2017 he was Adviser to the Danube Region Macroregional Strategy promoting its business dimension.Since 2018 he is Senior Adviser on Advanced Industrial Technologies and Hydrogen Co-ordinator for DG Internal Market, Industry, SMEs & Entrepreneurship.

Before joining the European Commission, Christian Weinberger worked for 10 years with a large multinational corporation in Marketing, Sales, Finance and Special Business Operations in various countries and at European HQ. He then co-founded an international SME in Information Technology and was its CEO for 9 years.

Being a native Austrian, Christian Weinberger holds a Master of Physics in Engineering, an MBA and a Ph.D. in Economics.