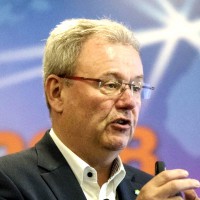 Didier Stevens (58) is Senior Manager European & Government Affairs at Toyota Motor Europe in Brussels, Belgium. He is in charge of coordinating and leading internally and externally all lobbying activities in Europe for the Japanese automotive company with special focus on CO2 for passenger cars and light commercial vehicles, introduction of alternative powertrains and respective infrastructure, and other EU emissions legislation. Didier is the Toyota representative in different stakeholder groups of the European Commission, committees and working groups of ACEA (European car manufacturers association), FEBIAC (Belgian car industry federation) and a member of the WBCSD (World Business Council for Sustainable Development) Urban Infrastructure Initiative. Prior to his 20 years with Toyota Motor Europe, he was in charge of the European Internal Market introduction to Mitsubishi Electric. From May 2006 till February 2017, he has been Chairman of the Belgian-Japan Association EU Committee facilitating the contacts between Japanese companies and the European institutions and officials. In June 2017, Didier Stevens has been appointed Hydrogen Europe Board member in charge of the Transport Pillar and is currently leading a working group on hydrogen trucks. Didier Stevens holds a post-university degree from the College of Europe in Bruges (Belgium).