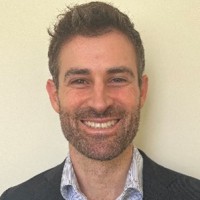 Dr Tom Campey is the Chief Commercial Officer of Hysata, a new technology company focused on delivering the world’s most efficient, simple and reliable electrolyser for making green hydrogen.

Prior to Hysata, Tom was General Manager of Strategy at the Australian Renewable Energy Agency (ARENA), where he led the development of ARENA’s hydrogen strategy. While at ARENA, Tom supported Australia’s Chief Scientist Alan Finkel as Deputy Lead of the Hydrogen Strategy Group taskforce.

Prior to ARENA, he worked at the CSIRO, where he led the Low Emissions Technology Roadmap, identifying technology pathways for Australia to meet its emissions abatement commitments, and identifying associated economic opportunities.

Tom holds a Bachelor of Mechanical and Space Engineering, a Bachelor of Science and a PhD in Physics from The University of Queensland.