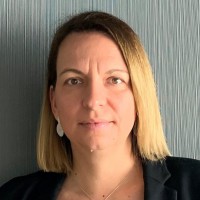 Director, Minerals and Energy
Department for Trade and Investment

Edit Mucsi leads the Minerals and Energy Sector at the Department for Trade and Investment South Australia, charged with capturing the investment and business case development opportunities associated with the State’s transition to clean energy.

Edit and her capable team is the focal point for overseas stakeholders who is interested in exploring business opportunities in the minerals and resources sector in South Australia.

Edit brings over 10 years international oil and gas industry experiences and has been working for the South Australian Government since 2017.