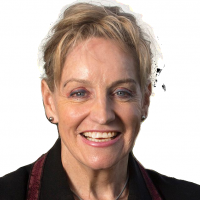 The Minister has held senior Ministerial positions for over 12 years in the Western Australian government, being first elected to the State Parliament from 1993.  She also served in the Federal Parliament from 2013 to 2016.

As Minister for Planning and Infrastructure from 2001 to 2008, Ms MacTiernan was responsible for major projects across the State and delivered major transformative rail, road and port infrastructure projects.

On the election to the McGowan State Government in 2017, Ms MacTiernan was appointed Minister for Regional Development and Agriculture and Food, Ports and Minister Assisting the Minister for State Development, Jobs and Trade.

The Minister is committed to creating sustainable economic opportunity for Western Australia through targeted global partnerships, trade and investment.

Since coming to office in 2017, Minister MacTiernan has been instrumental in driving the establishment of a renewable hydrogen industry in Western Australia, and became the State’s first Hydrogen Industry Minister in 2021.