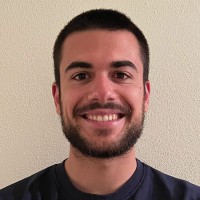 Born in Portugal, Hugo studied automotive engineering in Portugal and later in the UK. Early on he realized that hydrogen mobility would play an important role in the future of transportation and decarbonization.

For this reason, just after finishing his studies Hugo joined PRF in the recently formed hydrogen department as a project engineer for hydrogen projects.

Hugo was the project manager for DRHYVE, the first Portuguese hydrogen refuelling station and is also involved in other hydrogen projects such as hydrogen injection into the natural gas grid, hydrogen production and hydrogen supply to fuel cells.

Hugo believes that the actions we take now will determine what the world we live in will look like in 10, 20 or 50 years’ time. And it’s going to need huge efforts from all of us individuals, governments, businesses, schools and other organizations, working together for a better climate and a better future.