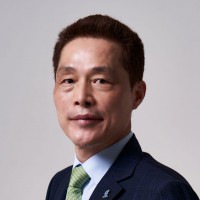 Previously, he was Commercial(Energy) Attaché of Turkmenistan from August 2012 to April 2015. He was in charge of ‘Radio-Frequency Identification/Ubiquitous Sensor Network (RFID/USN)’ R&D and policy at the Software & IT Convergence Division of the Ministry of Knowledge Economy from 2010 to 2012. He was responsible for Korea Gas Corporation task in the Gas Industry Division of the Ministry of Commerce Industry and Energy from 2006 to 2008.