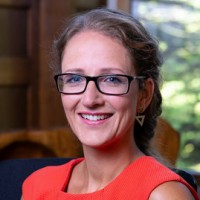 Nienke Homan (1979) is regional minister at the province of Groningen, responsible for (a.o.) energy transition, climate. In this capacity, she is responsible for hydrogen policy.

Mrs. Homan is member of GroenLinks, a progressive left-wing green party. From 2005 to 2007 she was general board member of the party, and she has been campaign leader for the national elections in Groningen as well as for the regional elections. Before she became regional minister she worked for Greenpeace Netherlands and in youthcare. She has been regional minister since 2015 and now serves in her second term.

Being an inspiring leader in the energy transition and climate adaptation, Nienke is working hard on tackling climate change.