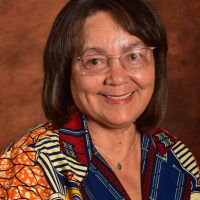 Minister of Public Works and Infrastructure
Government of South Africa

Patricia de Lille was appointed as the Minister of Public Works and Infrastructure by President Cyril Ramaphosa in May 2019.

Minister de Lille is a seasoned politician and public servant and has served in all three spheres of government since the first democratic election in 1994.

She has been fighting injustice for more than 45 years and was part of the team which led the constitutional negotiations and the team who drafted South Africa’s Constitution.

De Lille served as the Mayor of Cape Town for seven years where accountability and clean governance were the cornerstones of her term. She spearheaded progressive projects such as using infrastructure investment as a lever to spur economic growth, developed the transitorientated development strategy and many other redress projects such as restitution to reverse the legacy of apartheid spatial planning.

In her latest role as the Minister of DPWI, her focus is to drive spatial and environmental justice and equality, to clamp down on corruption and ensure that public land and public buildings are used for public good. Her focus is also to drive infrastructure implementation as part of Government Economic Reconstruction and Recovery Plan in a manner that will create the conditions for the private sector to invest to spur on economic growth and create much-needed jobs for the people of South Africa.