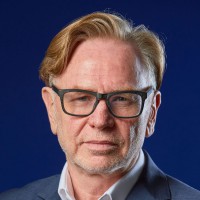 Australian Ambassador to Germany, Switzerland and Liechtenstein
Department of Foreign Affairs and Trade

Philip Green holds a Bachelor of Arts and a Bachelor of Laws from the University of Sydney. He is a senior career officer with the Department of Foreign Affairs and Trade and was recently First Assistant Secretary, United States and Indo-Pacific Strategy Division. He has previously served overseas as Head of Mission in Singapore, South Africa and Kenya. For now, Philip Green is the Australian Ambassador to Germany, Switzerland and Liechtenstein. Australia is seen as one of the major exporters of green hydrogen and its derivatives to the world and Philip Green has set it as his top objective to establish the basis of a supply chain of hydrogen between Australia and Europe.