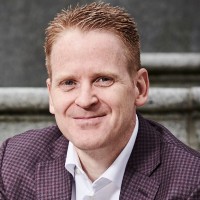 Randy MacEwen has been the President & CEO and a member of the board of directors of Ballard since October 2014. He has held executive roles in clean energy companies for over 15 years, including in fuel cells and solar.

From 2009 to 2014, Mr. MacEwen was Founder and Managing Director of NextCleanTech LLC, a cleantech consulting firm. From 2005 to 2009, Mr. MacEwen served as President & CEO of Solar Integrated Technologies, Inc., a commercial rooftop solar company. From 2001 to 2005, he served as Executive Vice President, Corporate Development of Stuart Energy Systems Corporation, a leading supplier hydrogen generation systems.