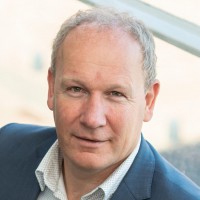 René Peters (1966) studied applied physics at Eindhoven University of Technology. In 1993, he obtained his doctorate from the same university with a thesis on the optimisation of gas flows in pipeline networks. He then joined Shell Research as a researcher in the field of gas extraction from nearly depleted gas fields. In 1998, he joined TNO as a researcher, where he held various technical and managerial positions in the field of gas production, transport and storage. His current position is director of gas technology, directing research on sustainable gases, such as green gas and hydrogen, the role of gas in the energy transition and system integration.

His current focus is on the smart use of existing energy infrastructure and system integration, in which the integration of sustainable electrons and molecules must enable the transition in various sectors. To this end, René set up the North Sea Energy program (www.north-sea-energy.eu), a public-private research program on system integration in the North Sea, which studies the transition from oil and gas to sustainable energy at sea. He is also a board member of IRO, the association of suppliers to the offshore energy sector, a board member of the World Energy Council NL and a board member of Energy Reinvented Community. He leads the TKI New Gas consortium for Geo Energy research under Top Sector Energy and is a member of the Board of Experts as advisor to the Ministry of EZK in the field of flow metrology.