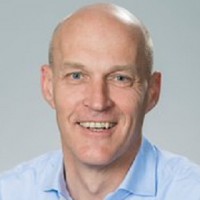 Ruben is CEO of bp in the Netherlands since 2016. He started his career within bp in 1993 and gained broad experience in several (management) roles throughout the organization. He is also chairman of the VNPI, Deltalinqs ambassador for Hydrogen and initiator of the bp NL H2-Fifty project; next to this, he represents bp at the Dutch ‘Climate Table’ (Industry).
Ruben Beens studied Economics at the Erasmus Universiteit Rotterdam and followed several (bp and external) courses and executive programs.