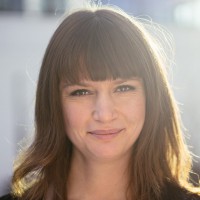 Ann-Kathrin Lipponer serves as a policy officer within the Climate Protection Department in the team Energy System of the Future, Hydrogen and Climate Protection in Industry. Her responsibilities include international hydrogen cooperation and PtX technology development.

She has a background in energy transition cooperation and foreign trade issues. Before joining the Ministry, she worked for the UN agency ITC in Geneva on foreign trade issues and for the Sino-German Energy Partnership in Beijing on fostering dialogue on the energy transition in both countries. At Women in Green Hydrogen, she is co-lead for the mentoring program. During her professional and academic career Ann-Kathrin Lipponer gained experience in several countries in Asia, Eastern Europe and Switzerland.