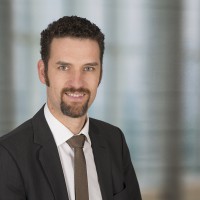 Fabian Jochem is active in the renewable and hydrogen industry for 15 years. Having worked in various management positions Fabian was in charge for solar-, wind and hydrogen projects on an international level. During the last years he had a strong focus on innovative hybrid projects (e.g. solar, wind, battery and hydrogen). Having been the General Manager of  SMA Sunbelt Energy GmbH  he is now developing together with a team of motivated colleagues the hydrogen activities for the SMA group as Head of Strategy. SMA Sunbelt could realize several electolyzer projects in the MW range and sees itself as a facilitator for the power supply of electrolyzer solutions.

Fabian holds a master’s degree in mechanical engineering and is active as a member in several associations in the renewable and hydrogen field.