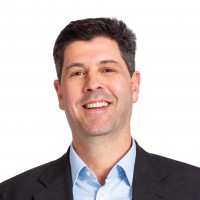 Felipe is excited by bp’s role in the energy transition and believes that hydrogen and CCS have a critical role in decarbonizing the global energy system.

Felipe has been with bp since 2006 and has more than 20 years’ experience in the industry. Prior to his current role, Felipe led the zero carbon energy team, responsible for developing and operating bp’s renewable energy asset portfolio including solar and biofuels, plus onshore and offshore wind.

Felipe has held other positions across bp, including Regional President Latin America, where he oversaw bp’s upstream businesses in the countries of Brazil, Venezuela, Mexico, and Argentina; and Chief Commercial Officer for bp’s Trading and Shipping business.

He originally trained as an engineer before moving into investment banking in M&A and then into consulting with Booz Allen Hamilton before joining bp.

He holds masters degrees in both mechanical engineering and finance. He also speaks French, Spanish, and Portuguese, and originates from Colombia.