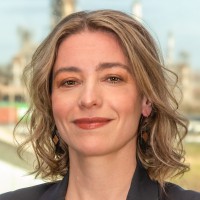 After studying chemical engineering (including PhD) at TU Delft, Karen de Lathouder worked successively at Shell and AkzoNobel from 2008 to 2015. In 2015 she went to work for the oil company Orpic in Oman. From 2017, she worked for BP in England and Germany. As of January 1, 2022, she is the new CEO of bp Netherlands. She is also manager of bp’s Rotterdam refinery and will carry out her responsibilities as CEO alongside her current role.

Karen de Lathouder has expressed the ambition to lead bp to a CO2-neutral future: “The Dutch industry makes countless, indispensable products in a responsible way. But it must be even better, cleaner and more sustainable. Together with our team, public and private partners, we will take on the challenge of making bp’s Net Zero strategy a reality: CO2 neutral by 2050 or earlier. We will do this not only for ourselves, but for everyone.”

BP Netherlands employs 2,000 people. At the refinery in Rotterdam Europoort there are about 100 oil storage tanks. These can be used in the future for biofuels and carriers of hydrogen, such as ammonia. There are also 320 bp pumping stations in the country. These will eventually be converted for electric refueling.