Hydrogen Europe – Position Paper on the Fit for 55 Package 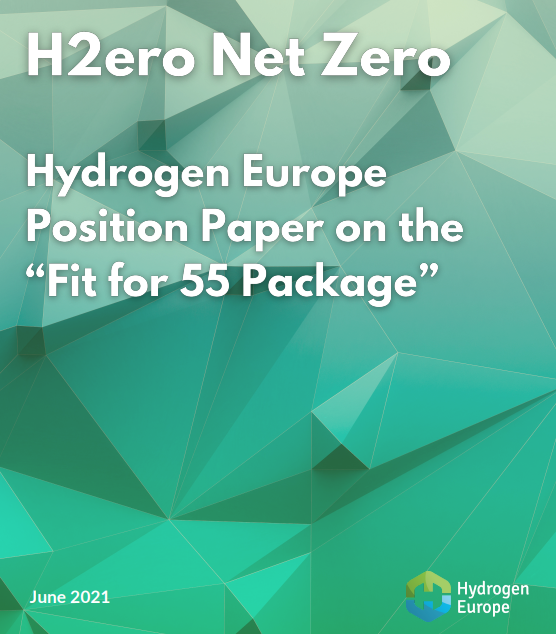 Hydrogen has seen unprecedented development in the year 2020. From innovative niche technology, it is fast becoming a systemic element in the European Union’s (EU) efforts to transition to a climate-neutral society in 2050. It will become a crucial energy vector and the other leg of the energy transition – alongside renewable electricity – by replacing coal, oil, and gas across different segments of the economy. The rapid development of hydrogen is important for meeting the EU’s climate objectives and preserving and enhancing the EU’s industrial and economic competitiveness, securing jobs and value creation in this high-tech sector.

Europe is currently leading in hydrogen technology, and European companies and knowledge institutions can be instrumental in advancing technological developments and industrial scale-up. It is imperative that Europe maintains this leadership position and seizes the current momentum for hydrogen technologies. The EU is well placed to become the birthplace of a global hydrogen economy denominated in Euro currency.

It is time that hydrogen moves from an afterthought to a central pillar of the energy system. The “Fit for 55 Package” presents a unique opportunity to begin putting into place a concrete and fit for purpose framework for the development of a clean hydrogen economy. In this paper, you will find Hydrogen Europe’s recommendations on how hydrogen can: