Hydrogen Europe – How Hydrogen Can Help Decarbonise the Maritime Sector 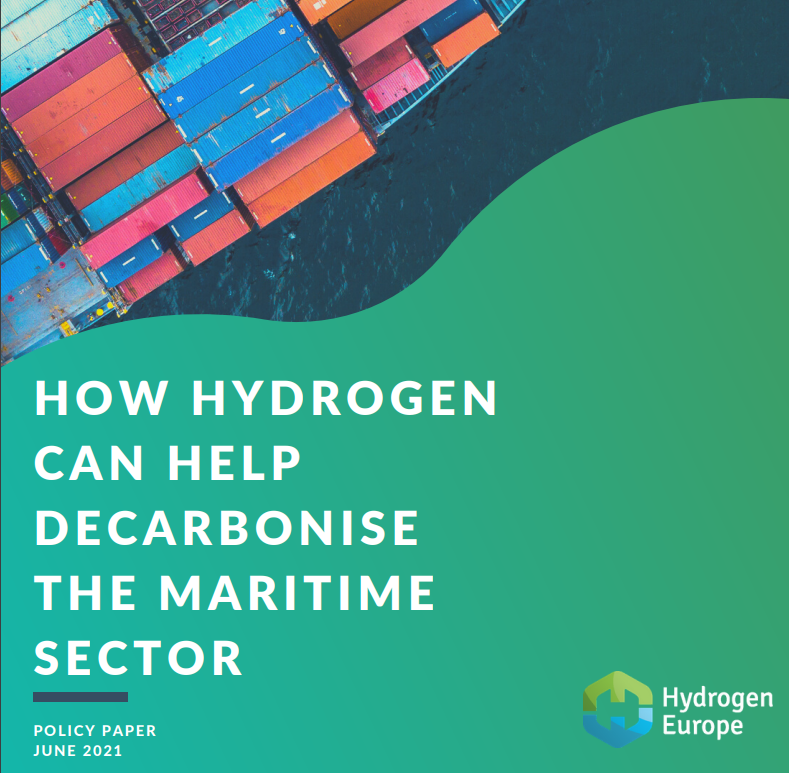 Hydrogen Europe is the organisation representing the interests of the European hydrogen industry. It fully adheres to the European Union’s target of climate neutrality by 2050 and supports the European Commission’s objectives to develop and integrate more renewable energy sources into the European energy mix.

In December 2015 in Paris, a global climate agreement was reached at the UN Climate Change Conference (COP 21). The Paris Agreement is seen as a historic and landmark instrument in climate action. However, the agreement is lacking emphasis on international maritime transport and the role that this sector will need to play in contributing to the decarbonisation of the global economy and in striving for a clean planet for all.

The pathway towards hydrogen and hydrogen-based fuels for the maritime sector does not come without technological and commercial challenges let alone regulatory barriers.

This paper aims at showcasing the importance of an ambitious maritime EU-policy to address those challenges and it contains policy requests on EU initiatives such as the necessity to include the maritime sector in the European Emission Trading System as well as setting targets on the demand of hydrogen and hydrogen-based fuels and explain why even that is not enough. The current state of International Maritime Organisation (IMO) discussions on the decarbonisation strategy are progressing slowly but there is no time.

Why should the EU take the lead? The IMO discussions on the decarbonisation strategy are progressing but this must be accelerated in order to meet the European Green Deal objectives of carbon neutrality by 2050. Measures to improve the energy-efficiency of the ship by 2030 will not be sufficient, we must act now. If the EU aims to reduce emissions overall by 55% in 2030 compared to 1990, a shift from fossil fuels to zero-carbon fuels for shipping will be required. As the lifetime of ships is high, the introduction of zero-emission vessels must start now.

In its communication on a sustainable and smart mobility strategy (SSMS), the European Commission has acknowledged the importance of taking the lead in decarbonising the maritime sector very clearly, laying down the priorities in the transport sector for the next ten years. This includes a target of zero emission marine vessels market-ready by 2030, boosting the use of renewable fuels in the maritime sector as well as an emphasis on the creation of zero-emission ports.

In the face of inevitable climate change, Martin Stopford and eminent maritime economist describes the coming decade as “the 4th industrial revolution at sea”. It is in the EU’s best interests to manage this revolution effectively over the decades to come.