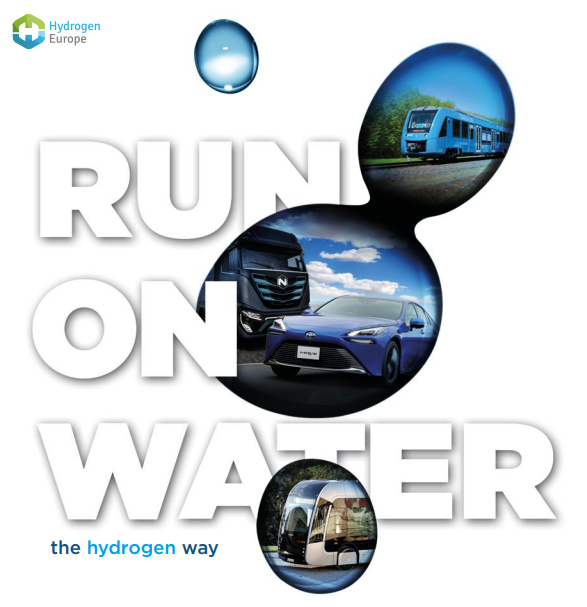 The idea of writing a book on hydrogen and fuel cells did not cross my mind when, in 2004, these very words caught my professional attention for the first time in the business I have been employed in my entire life.

Now, more than 15 years later, I feel the urge to share a piece of history and tell my story, from idea to vision and from vision to reality, enough to firmly believe that we can collectively change the world, at least a little bit.

This notion of making the world a better place was new to me. I never expected or experienced greater motivation when it came to pursuing sales and business objectives beyond and alongside the call of duty. Now that I have reached a sacred old age, I understand what we want our children and grandchildren to enjoy and share. And suddenly, the opportunity arises, giving me the chance to do something with the authority I received at the end of a long career.

I am acting from my own experience as a market development manager in a Flemish family business with an international scope, Van Hool in Lier. The family bond and the international scope have encouraged me to start and maintain my professional life, leaving no doubt that this long period has impacted my world view. Fortunately, there is nothing wrong with that.

The family context has offered the company the opportunity to maintain its fundamental values. It has allowed us to develop a business vision in line with those values, without necessarily being guided by market analysis, strict business plans or shareholder return policies. The decisions taken were the outcome of a growing awareness that the way forward was the right one, given the challenges of today and the world in which we want future generations to live. This attitude has always been part of the founder’s motive (‘The Way is Ahead’), fuelled by values such as the need for continuous innovation and progress (stagnation is losing ground), the firm belief in our combined abilities and a fair degree of Flemish stubbornness and pride.

We cannot continue to pollute the air and exhaust the land as we have done in recent decades. We can do something about it – right here, right now – on our own territory, in the spirit of the saying, ‘let everyone sweep in front of their own door, and the whole world will be clean’.

Such drivers have proven powerful enough to lead to action, but not without acknowledging that the word ‘new’ has a limited expiration date if it is designed to meet rapidly changing market conditions within an internationally competitive framework. Whether the products relate to all low-floor buses, modern trolleybuses, hybrids or even hydrogen buses, all developments were primarily instigated by the belief that it had to be done.

Even if part of the company’s culture was and always has been to initiate and sustain change, the driving force was a common, undocumented but genuine understanding that we were moulding the future, and in doing so, serving the company as well as its employees. It is safe to say that the implementation of ever-higher levels of technology was built on the company’s financial strength, and largely in a step-by-step process, with both feet firmly on the ground. You must put your money where your mouth is.